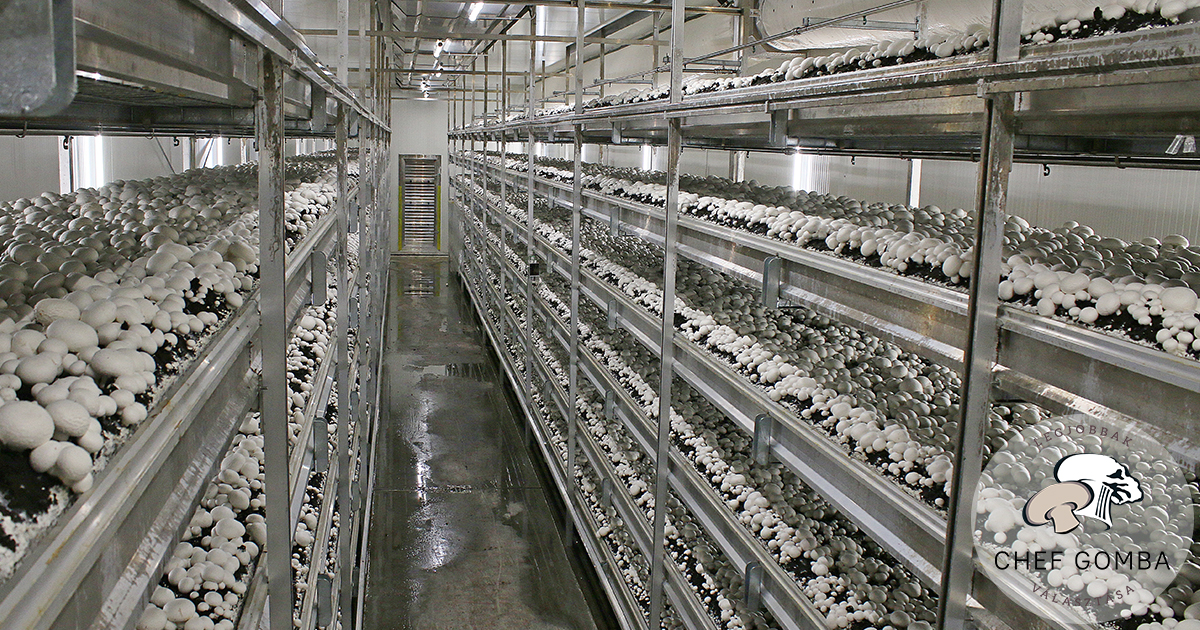 Considerations for expanding mushroom cultivation efforts ultimately come down to return on investment. The costs involved in building a modern mushroom farm are arguably greater than setting up in tomato or cucumber production. Mushrooms need specially designed buildings, steel or aluminium shelving, an air conditioning system for temperature, humidity and CO2-level control (the right climate is vital for mushroom growing) as well as cooling and watering systems, machinery and much more. For example, an average of 9,500 m2 of growing area is needed to produce 2,700 tonnes of mushrooms per year and the required investment is currently estimated at €5,7million due to exceptionally high raw material prices (spring 2022).

However, mushrooms may be the most advantageous product to sell. According to a recent report, published in March, 2022 the global mushroom market size was valued at $50.3billion in 2021 and is expected to expand at a compound annual growth rate (CAGR) of 9.7 percent from 2022 to 2030. The increasing vegan population demanding a protein-rich diet around the globe is expected to be a key driver for the market over the forecast period.

Indeed, The New York Times  named mushrooms the “Ingredient of the Year 2022”.

When building a mushroom farm, the investor gets a product that requires no promotion because almost all over the world mushrooms are already heavily marketed by the industry. Such examples include the marketing activities of The Mushroom Council in US, Australian Mushroom Growers Association in Australia, Bund Deutscher Champignon-und Kulturpilzanbauer E.V. in Germany, Stowarzyszenie Branży Grzybów Uprawnych in Poland, as well as UMDIS Mushroom Information Agency in Ukraine, and others. 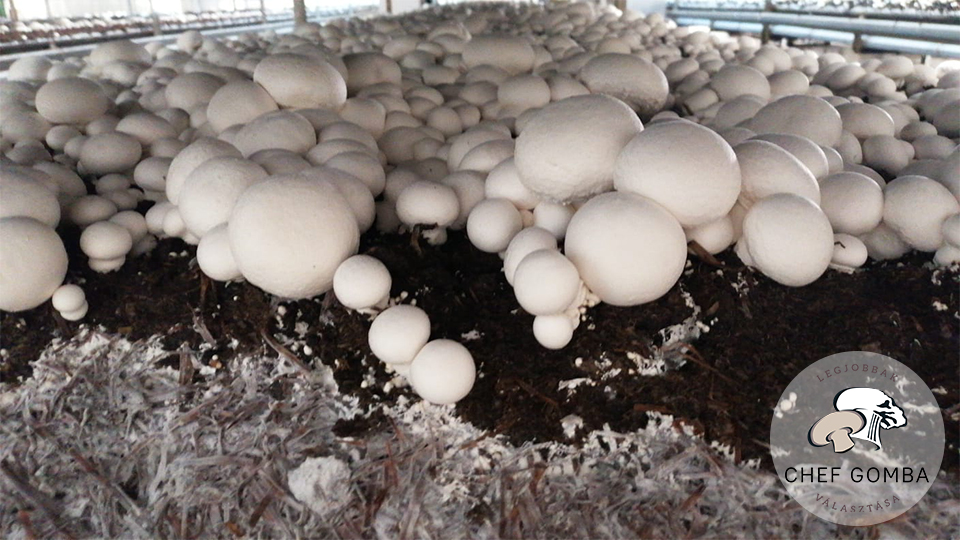 Food trends that mushrooms cater for

Mushrooms benefit from having a ‘meaty’ texture, being rich in nutritional components and providing a feeling of satisfaction after consumption. The Mushroom Council in the US is using it in “The Blend” promotion (eating burgers, tacos, pasta, etc with finely chopped fresh mushrooms blended into the ground meat). The promotion includes asking restaurants to create burgers that are comprised of at least 25 percent mushrooms, implementing ‘Blend’ to school meals, etc.

As Harvard University writes, mushrooms contain B2, B3, folate, B5 vitamins, phosphorus, selenium, copper, potassium, antioxidants and are very healthy. Furthermore, Penn State University in the US researches and writes about mushrooms’ anti-ageing potential and their ability to lower the risk of cancer, while the National University of Singapore is investigating their effects on fighting dementia. Such topics have been publicised in the media, particularly for preventing dementia: New York Times, BBC, Business Insider, and Forbes have all covered similar stories. Mushrooms mean health – members of the mushroom industry just need to convey that information to consumers.

Before and during the Covid-19 pandemic lots of consumers took Vitamin D supplements for its vital contribution to immune function. Interestingly, mushrooms are able to generate nutritionally relevant amounts of vitamin D when exposed to a source of ultraviolet (UV) radiation, such as sunlight or a UV lamp,  a feature that the Mushroom Council and many American mushroom farms readily promote. –In fact, there is an eBook for retailers and retail dietitians entirely dedicated to the topic of Vitamin D in mushrooms, created by Monterey Mushrooms.

More than 100 years ago the fifth flavour (in addition to sweet, sour, salty and bitter) was named – umami. Luckily for mushrooms, in 1957, Akira Kuninaka from Japan realised that the nucleotide guanosine monophosphate (GMP) present in shiitake mushrooms is packed with umami taste. Thanks to marketing specialists in the mushroom industry, consumers now know that umami tends to be very satisfying and ﬂavourful, allows up to 50 percent salt reduction and highlights sweetness while lessening bitter flavours in food – and features in nearly all mushrooms.

The fifth advantage of mushroom growing is that it is an environmentally friendly product. To produce one pound of button mushrooms requires 1.8 gallons of water (tomatoes need 26 gallons), about one kilowatt hour of energy (equivalent to making a pot of coffee and keeping it warm for an hour) and it generates 0.7 pound of CO2 equivalent (humans generate 2.3 pounds a day). These statistics demonstrate that mushroom growing is one of the most sustainable forms of food production, according to Agro-Projects` clients – which makes it relatively easy for them to get grants and funding to build a mushroom farm. American expert Anne-Marie Roerink, who is the principal of 210 Analytics and author of “The Power of Produce” and “The Power of Meat”  explains the main reasons for mushrooms’ popularity: “There are three levers of growth for any product, brand or category: you can have more people buy it, have people buy it more often and have people spend a little more because they are buying more or experimenting with different varieties. The more of these that apply, the stronger the trend”. All of which apply to mushrooms.